We’re not your typical Human Resources function – we call ourselves People Services (PS).

We’re a hugely diverse department with over 150 talented people split over 13 different teams. We cover all aspects of Human Resource; from Payroll to Governance, Recruitment to Training and Data Analysis to Workplace Support. We have a wide range of experts who come together to ensure our employees are looked after and feel supported. 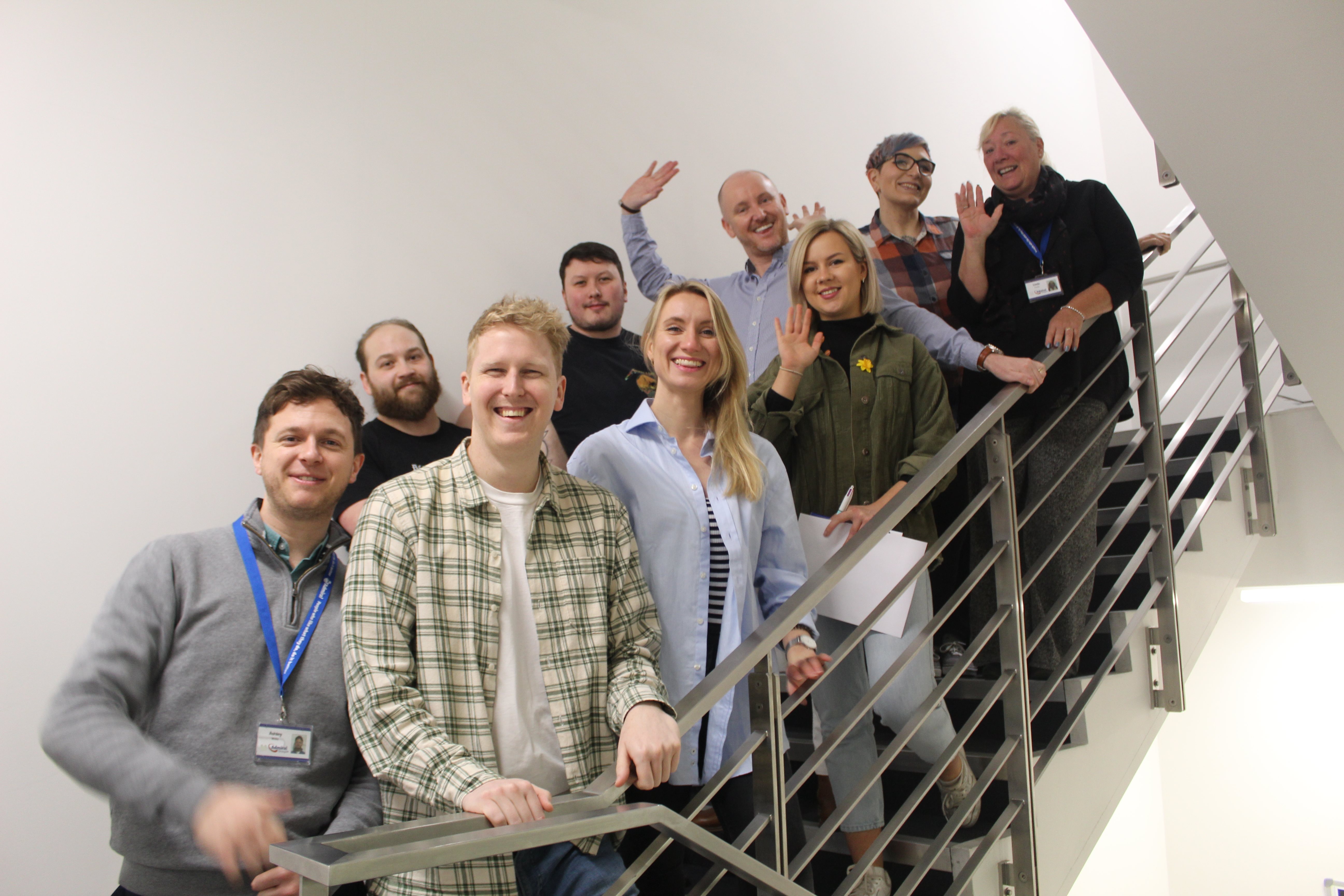 Here in PS, we’re the guardians of the culture and we pride ourselves on the services we’re able to offer our employees.  When we’re not thinking up new and innovative ways to grow our business and better ways to support our employees, you’ll find us volunteering for charities, mentoring high school students, gaining qualifications, spending time around the business and embracing the Admiral culture.

Every team within PS plays an integral part of the Admiral journey; you’ll meet most of us along the way. Our Recruitment team will help you into the business, our Academy training team will ensure you’re getting the best out of your career, our PS Executives can advise you on policies and our Support team will ensure you’re comfortable at work; we’re there whenever you need us.

We all have our own area of expertise, but the one thing we have in common is that our employees are at the heart of everything we do.

Our ultimate aim is to make sure Admiral is a nice place to be.

The Senior HR Business Partner will manage a team of People Services (HR) Executives while providing generalist human resources and employee relations related advice and support across the business. T

Recruitment at Admiral is split onto four areas: Volume recruitment, Support recruitment, Graduate & Analyst Recruitment, and MBA recruitment. We also have an Engagement team, which looks after our on

We’re looking for an enthusiastic and proactive individual to join our expanding Marketing Team! This is a great opportunity to get involved in a fast-paced and dynamic environment and to claim own

We will send you job alerts based on this page, or results you are looking at. When we have a new job available in this area, you’ll receive a job alert letting you know. By clicking save below you are consenting to receive jobs to your inbox, based on the search criteria you have selected, as per our privacy policy.

We are proud signatories of the BiTC Race at Work Charter.

We have a zero tolerance policy in respect of racism and discrimination of any form.

Read more about our culture
Posts

Amie began her career with us over six years ago when she finished her Business Management Degree. ‘’After I worked as a travel agent for just under a year I decided to apply to Admiral as some of my friends worked there and told me that there were good progression opportunities.‘’I initially joined Admiral as a Renewals Consultant - I had my eye on the Admiral Graduate Scheme but I was promoted to Senior in Renewals so I stayed in the department for  five and a half years.’’‘’During my time in Renewals I completed a home learning qualification – a CIPD (HR qualification) as this was an area that had always interested me during my degree.After I completed my qualification, a job came up internally to join the HR department, or People Services as we call it in Admiral, - I applied and got the job!’’As People Services Coordinators we manage the administration for the whole company, with responsibility for things such as maternity, AWOL (absent without leave), salary changes, job role changes, adding new starters on to the system, etc. This is a huge responsibility as there are specific deadlines in which tasks need to be completed and as you’re dealing with important things such as salaries, attention to detail is vital. With over 6,000 staff in the UK, the role can be challenging at times but also very rewarding.’’‘’The skills you need to be successful in such a role are, being able to manage your own time effectively, confidentiality, professionalism and fantastic communication skills - especially important as you’re regularly liaising with senior management.’’ Admiral is an attractive employer because of how they look after their staff, with benefits such as MOF (ministry of fun) and MOH (ministry of health), as well as the great progression and training opportunities which I’ve fully exploited! Wherever you start, and whatever your role, you'll benefit from support and training to map out and pursue a fulfilling career at Admiral.  Button

The people behind the promotions: Valva, Executive Recruitment Officer

Valva has only been working for Admiral since June 2016 but with her dedication and hard work, along with her international flare, she has already become a valuable member of the recruitment team. Having decided that she wanted a change in her life and some international experience, Valva approached our offices in Seville (Admiral Seguros) and asked if she could work for Admiral in Cardiff. Due to Valva’s wealth of experience in HR and the international culture that we encourage at Admiral, it was arranged that she would work for Admiral for the summer.Valva arrived in Cardiff in June 2016 and worked on a project comparing our recruitment process to Spain’s. After her final presentation, Admiral offered her a full time position in the Cardiff office.‘’My time in Cardiff was a complete u-turn experience for me, so when I was offered a full time role here I couldn’t reject it.”‘’My first full time position at Admiral after my summer placement was quite admin heavy, so I kept asking if I could do more to help the team and challenge myself. This paid off as I then started to take care of the Business Development Executive recruitment process, as well as internships.”‘’That was the starting point of my development, and I have recently been offered the role of Executive Recruitment Officer, which I was over the moon with! In my new role I recruit for the UK as well as for our Operations in France, Spain and Italy.”We asked Valva what she enjoys about her job and working for Admiral. What I love the most about my job is having objectives and deadlines that we need to achieve, always with the international ingredient. Career Fairs, trainings, projects... there aren’t two exact days in a row.  There is also a good balance working with Deborah, the Executive Recruitment Manager, as our personalities really complement each other. It’s good to know that your team will be there outside the workplace too. ‘’Definitely I can say that the culture of Admiral was what captivated me. Much more than our entrepreneurial mindset or our ‘always ongoing things’, the spirit of the team is incomparable. The feeling that we all are people with our own needs and the willingness to help each other. There is no fear to speak up, ask for feedback and improve, personally and professionally speaking. I think I made my mark in this company and I can’t see myself working for anyone else. And of course the Ministry of Fun helps!”