Find the Admiral closest to you

In 1993, 57 of us were based in one small office.  We're now extremely proud to have offices in all three cities of South Wales, each within a short commute of one another.

Find your nearest office using the links below. 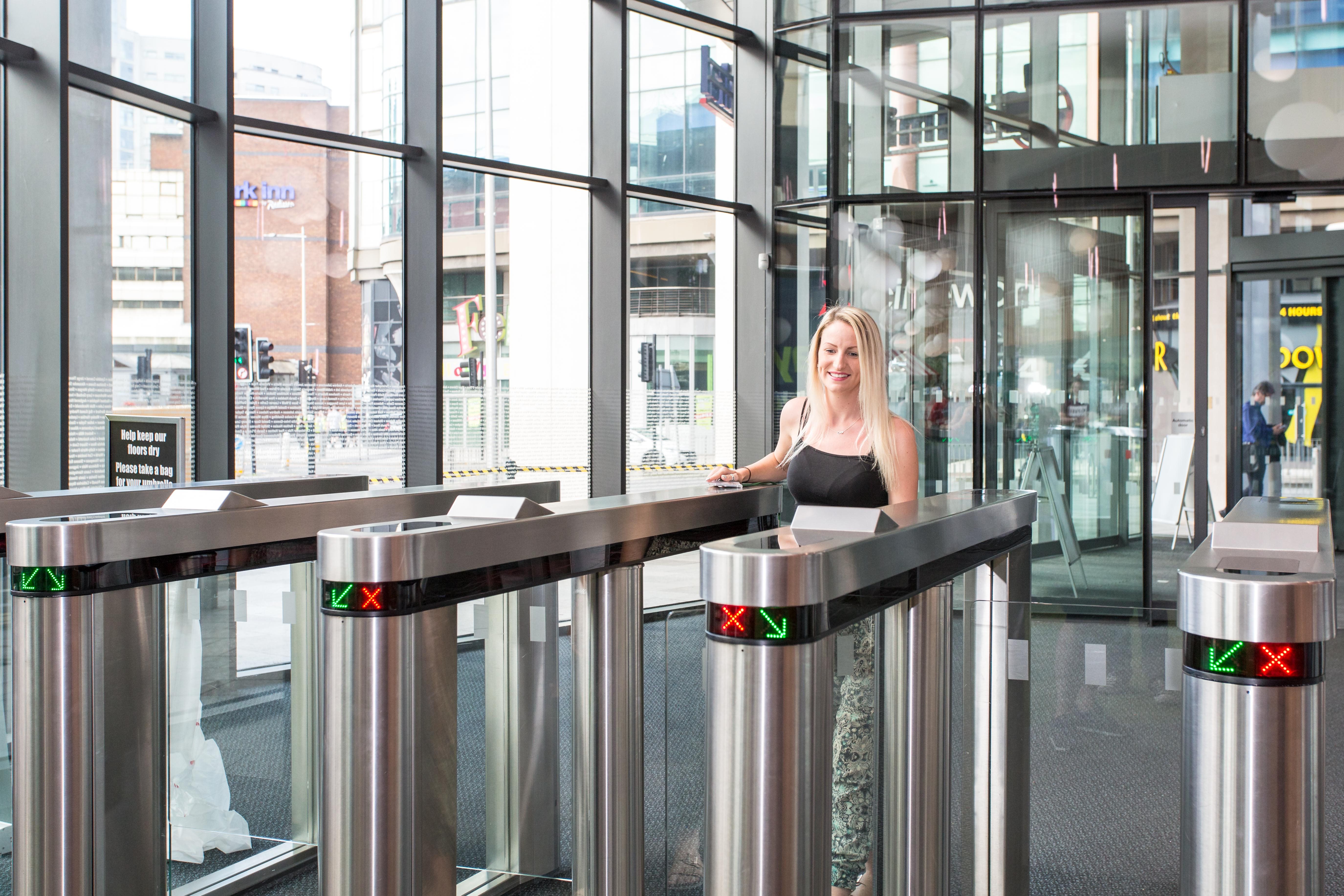 Our HQ, Tŷ Admiral, is based in the centre of Cardiff and close to both train stations, St David’s shopping centre and plenty of restaurants. The state of the art building has ‘chill out’ and kitchen areas on every floor, as well as bike racks, showers and a ‘Get Ready’ room.

Our newly renovated office is just a short walk from the Millennium Stadium and the St David’s shopping centre. If you’re looking for a working environment with great facilities and a social atmosphere, you’ll be right at home. Capital Tower boasts a large 'chill out' and kitchen area, a newly renovated 'Get Ready' room and a popular coffee shop on the ground floor. 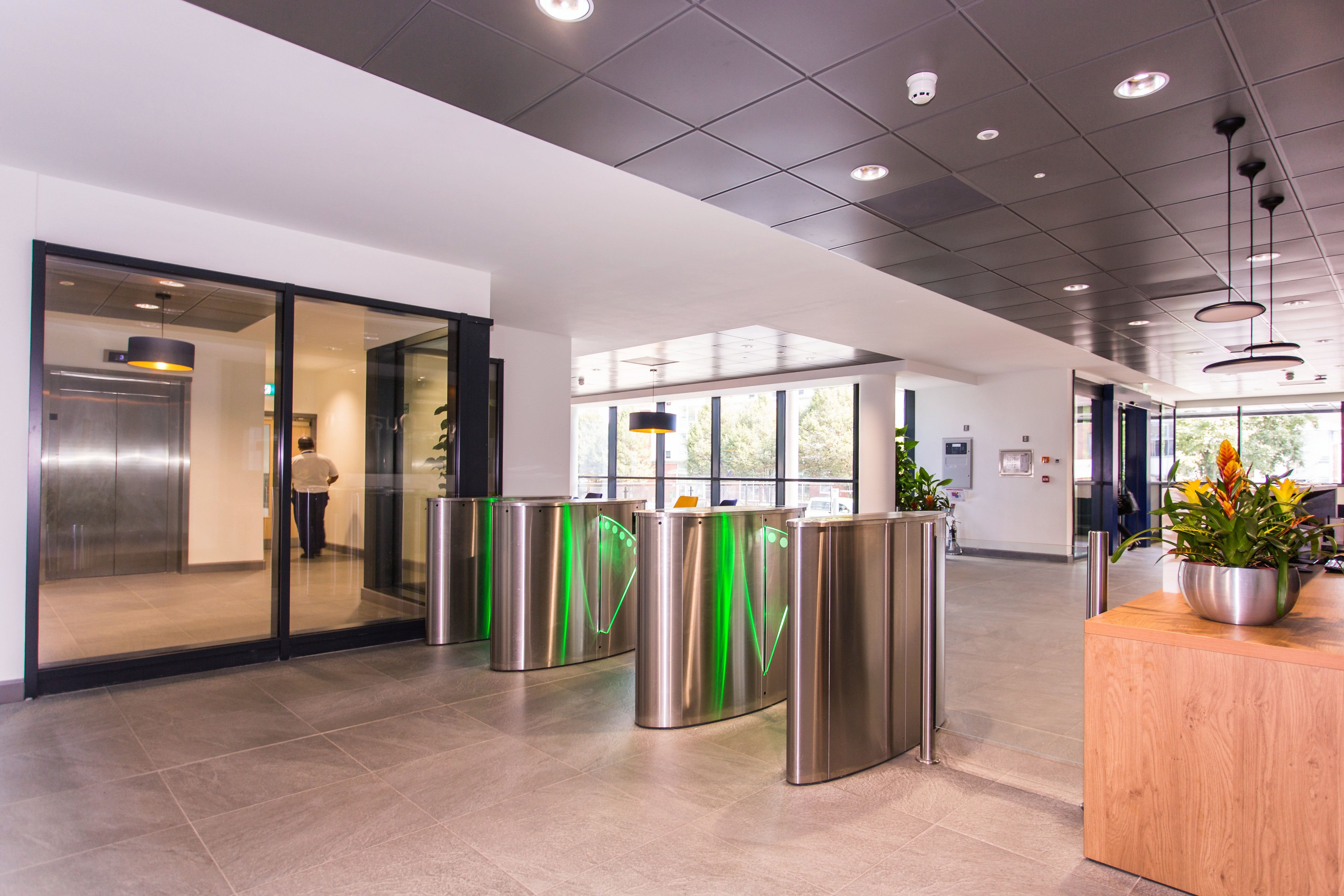 In 2019 we expanded into No.3 Capital Quarter, less than an 8-minute walk from our head office, Tŷ Admiral. The design of the office lends itself to creating an exciting environment for our employees and our unique and collaborative working culture. 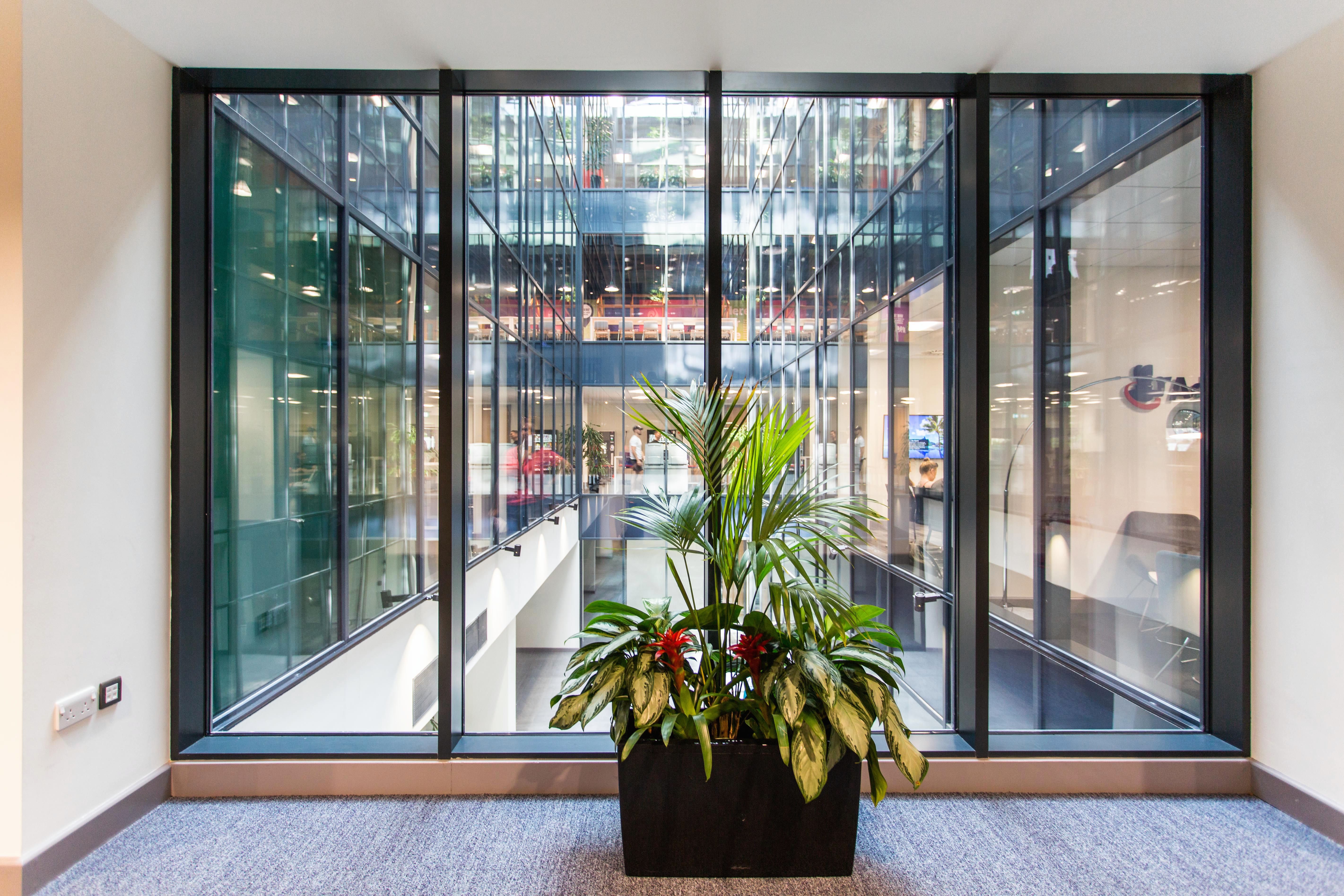 Greyfriars House is the home of Confused.com, the UK’s first ever comparison website. Conveniently located close to Dumfries Place car park (where we get special parking rates) as well as being a short walk from Bute Park – perfect for a lunch time stroll.

Admiral House is a short 15 minute train journey from our Cardiff HQ, Tŷ Admiral.  It houses over 800 staff members from our UK insurance business, as well as Admiral Law.  It's a bright, fun office packed with enthusiastic Admiral people. There are kitchen and chill out areas where employees can play Xbox 360, watch TV or socialise with colleagues on breaks.

Just a short walk from town, this office is situated in the picturesque SA1 waterfront development. The facilities are great, the atmosphere’s really friendly and with chill out areas, table tennis, Wii and pool, you’ll find plenty to do on your breaks. 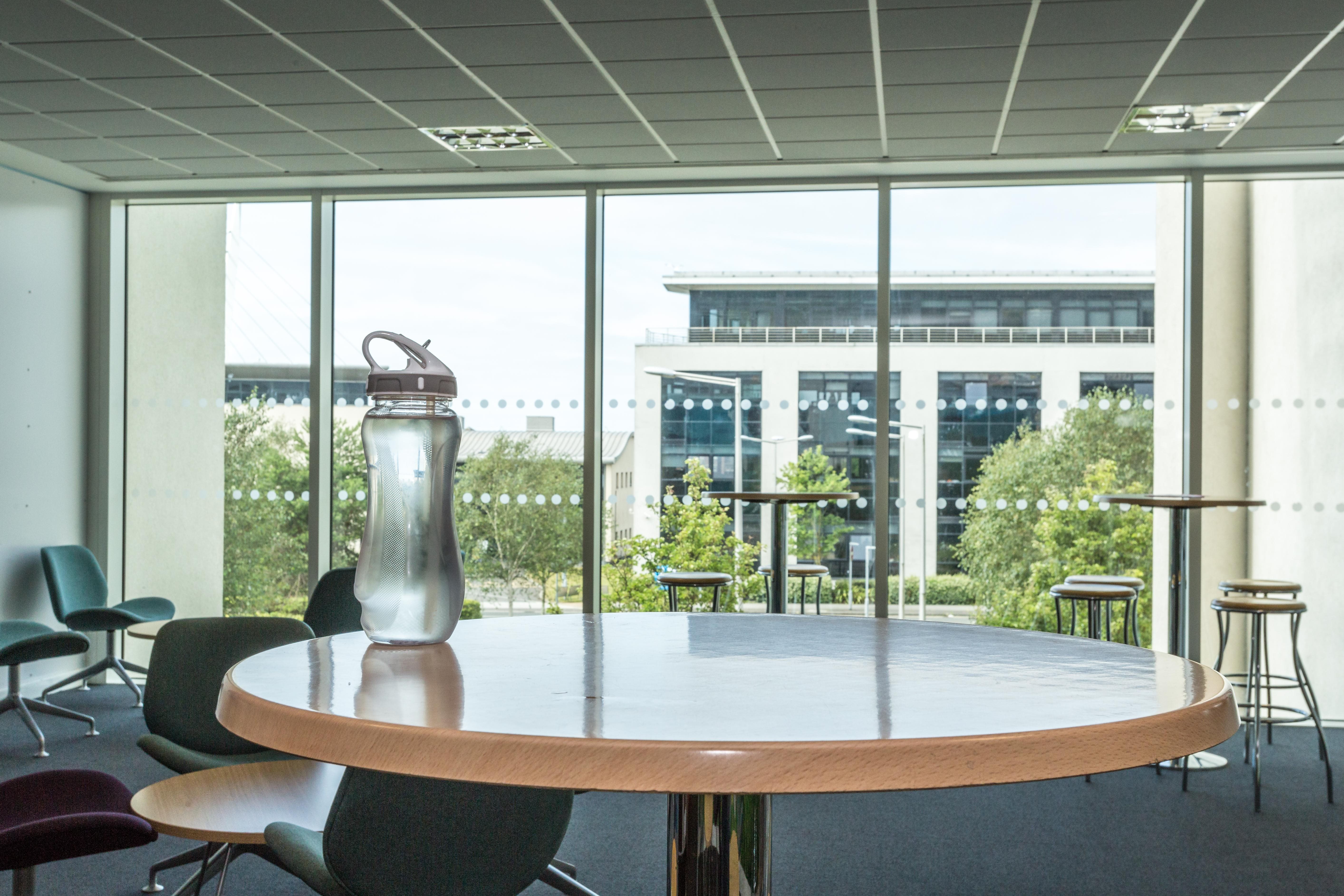 Just a short walk from town (and a very short walk from Admiral Group House), this office is situated in the picturesque SA1 waterfront development. The facilities are great with chill out areas to make use of the games consoles, play table tennis, watch TV or socialise with colleagues on breaks. 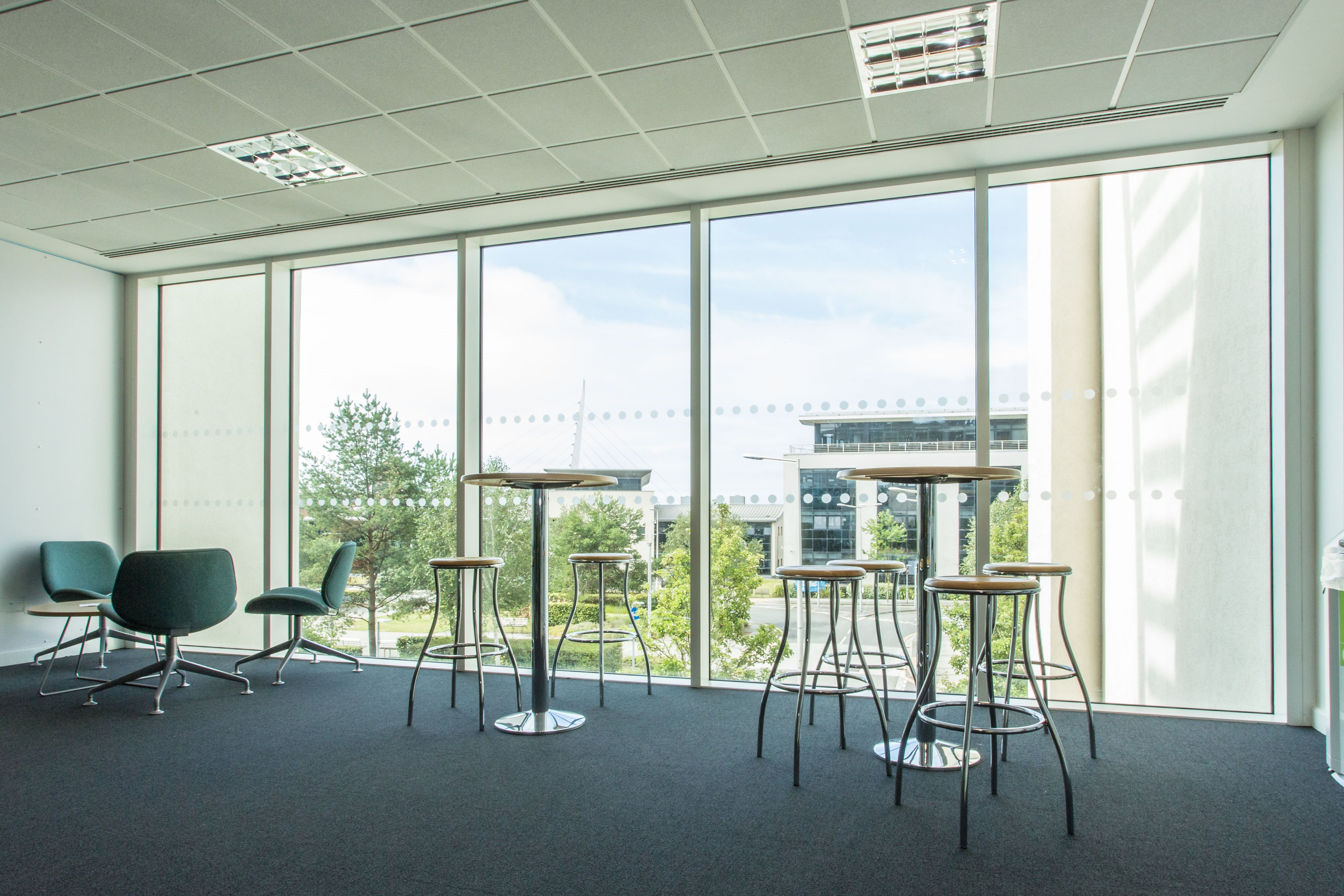 Enthusiasm runs right through this office, which is easily accessible from the M4. This large and spacious office is complete with plenty of space to relax, table tennis, pool tables and games consoles to use on breaks.  It even has its own putting green if you're feeling playful.

We have a dedicated Workplace Support Team.

They look at reasonable adjustments and the appropriate equipment or amendments that need to be made for our employees.

Read more about our values
posts

Building on the success of our long-standing partnership with the WCCF’s Graduate Programmes, we’re playing a key role in the inception of the new Fast-Track Data and AI scheme. As a proud Welsh employer, we’re thrilled to play our part in helping make our South Wales home a fertile tech landscape.  The eight-month post-graduate programme has been conceived to develop Data Science and AI Professionals locally. Those on the programme benefit from: An initial eight-month placement in one of our analyst areasAn induction and the benefit of non-technical training provided by our in-house training function, Admiral AcademyA business mentor and graduate buddy (someone who’s enjoyed success on one of our in-house programmes)A 4-week bootcamp and applied post-graduate Diploma qualification from the University of South Wales Rowena Morgan, Programme Manager at WCCF, explains Admiral’s role in the AI graduate scheme: “We are proud to work in partnership with Admiral to create and retain graduate talent in Data and AI skills in Wales. The model is an excellent example of a collaborative industry and academic initiative that is unique to Wales and the UK, supported by the European Social Fund. The calibre of the graduates recruited for the Programme has been excellent and we look forward to continue working closely with Admiral and wider consortium employers, to build new talent pools in Data and AI to support our employer’s current and future tech skill requirements.” Our three talented graduates have been placed in growing areas of our business; Risk, Claims and Van MI (management information). Meet Lauraine, Alex and Stuart, our new starters. What projects will you be working on? Lauraine: My role is an Intern Data Scientist within the Risk team. In terms of projects that I am working on, Admiral has been great at giving me a lot of responsibility- which is great but a little daunting at times. My manager, the Graduate Team and other colleagues are so supportive of me though, if I ever get stuck, they always have an answer or point me in the direction of someone who will know the answer! At University, we are learning three different coding languages (R, Python and SAS) and it’s amazing to have the opportunity to apply that knowledge to my role. I think Alex and I are working on similar projects, in terms of moving data into the Cloud- which is great because we can always help each other! I’m also leading a project to create a dashboard that Admiral will use long-term to analyse the different variables in risk. What has been the best thing about working for Admiral so far? Alex: I am absolutely loving it! We only started full-time a couple weeks ago but I think what immediately stood out for me is how calm and relaxed everything at Admiral is. I mean, it is not often you see people wearing hoodies to work! The relaxed atmosphere really put the other graduates and I at ease on our first day.  It is exciting to be with such a well-known brand and also work on an exciting project that will put my R skills to the test to help with monthly reporting and with the larger scheme of moving over to the new cloud-based services. It is great to have been alongside other graduates, from other schemes, during the induction too. It is great to be in the same boat as a group of other people and we have been able to integrate with them well throughout the induction. It just means that there are other people we have been able to network and build long-term connections with.Our trainer at Admiral Academy, Ashley, is so energetic and infectious with his energy that you just engage so quickly with his sessions and learn a lot about the business and self-development. Over the last few days, we have been learning about presentation skills which will be so helpful in our placements and further into the future. The induction, trainers and Graduate Team have been so flexible in ensuring that we have freedom to do our university work as well. From the kindness and supportiveness that I have seen across Admiral, I’m sure this flexibility will continue in my placement.What are you most looking forward to in your placement?Stuart: I’m really looking forward to doing something meaningful and implementing something to benefit Admiral long-term. My team has been great at giving me lots of training and the responsibility to have a lot of control over my project’s direction. When speaking with my manager, there has been lots of ideas thrown around about what project to lead and it looks like I’ll be helping Ancillaries with understanding customer patterns in this area, so I’m really looking forward to getting my teeth into it! Like the others have said, I feel well supported at Admiral and my team are happy to give me pointers if I have a question about anything!

Our Offices
Keyword: No Keyword
Options: No options
Location: